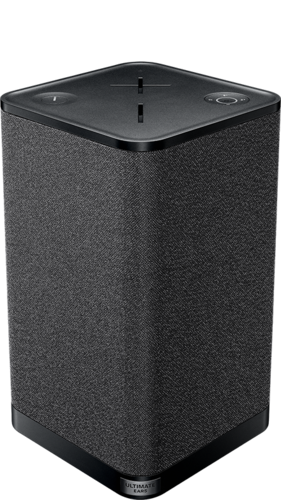 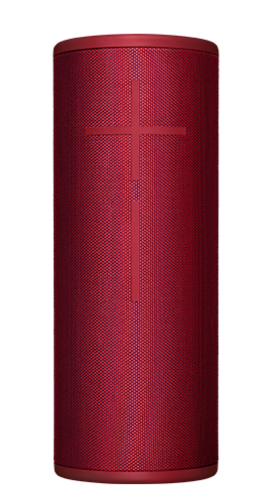 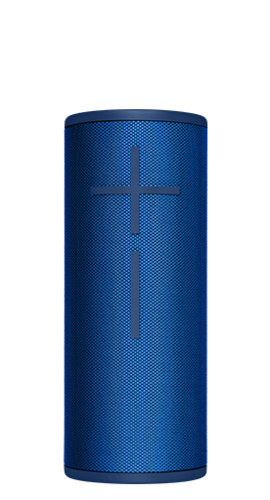 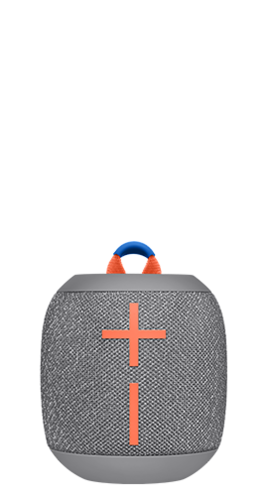 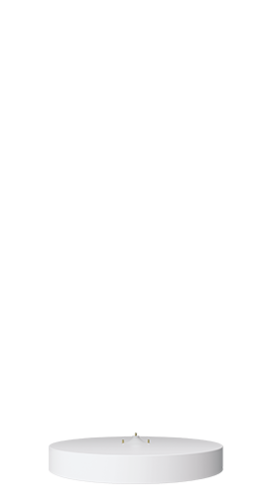 “Music has the power to enhance, energize and connect people, and you feel this whenever you turn the speaker on,” said Charlotte Johs, general manager of Ultimate Ears. “The belief that you can spontaneously transform any moment with music - anytime, anywhere - is at the heart of every experience from Ultimate Ears. We don’t just make speakers, we bring music to life.”

This global campaign kicks off with three videos and digital advertising featuring artwork by Bicicleta Sem Freio, followed by a phased rollout of a new logo and more eco-friendly packaging.

Since 2013, Ultimate Ears has collaborated with artists and musicians to bring music to life with our limited-edition speakers. Our newest limited-edition Second Street Collection joins a gallery of more than 50 designs from creative minds such as the GRAMMY Award® winning electronic dance music producer Skrillex, contemporary paper sculptor Jen Stark and legendary street artist Kenny Scharf, as well as other limited editions inspired by music, art and design trends.

Cityscape and Urban Zebra showcase bold geometrics and stark, graphic patterns in neutral tones inspired by the monolithic structures in the urban landscape.

After Hours and Marina embody a classic palette of red and blue turned up to an electrifying intensity.

The Second Street Collection from Ultimate Ears is expected to be available in select countries globally beginning in June 2017 for suggested retail prices of $199.99 for BOOM 2 and $299.99 for MEGABOOM. Pattern and color availability will vary by country. For more information, please visitwww.ultimateears.comor connect with us on Instagram.

Ultimate Ears is transforming the way people experience music together, wherever life takes them. Ultimate Ears first revolutionized the way artists interact with their concert audiences by reinventing the on-stage monitor, turning it into a custom-fitted earphone. Today, Ultimate Ears, a brand of Logitech International, continues to bring music to life with its award-winning family of wireless speakers. Founded in 1981, Logitech International is a Swiss public company listed on the SIX Swiss Exchange (LOGN) and on the Nasdaq Global Select Market (LOGI). Learn more at www.ultimateears.com or connect with us on Instagram.

Bicicleta Sem Freio ("Bicycle Without Brakes”) is internationally famed illustrator and muralist Brazilian duo, Douglas de Castro and Renato Perreira. Inspired by rock posters, Bicicleta Sem Freio was founded in Brazil in 2005 and became internationally famous for their hand drawn illustrations and large-scale public artworks around the world with the collective Justkids. Bicicleta Sem Freio’s work can be seen in major cities around the globe, including London, Berlin, Miami, Las Vegas, Montreal and Los Angeles. Their sophistication is revealed by the layers of ideas they picture and references they suggest, showcasing pop iconography and an unexpected juxtaposition of tropical rock ‘n’ roll and provocative imagery.

Ultimate Ears, the Ultimate Ears logo, and other marks are registered in Switzerland and other countries. All other trademarks are the property of their respective owners. For more information about Ultimate Ears and its products, visit the company’s website atwww.ultimateears.com.

WONDERBOOM is designed for music lovers who are connected, on-the-move and want their music from the moment they wake up to the moment they go to sleep. They also want their technology in an intuitive form that fits their spirited, spontaneous lives. WONDERBOOM is about music － with no fuss and no friction. It is a speaker that stands on simplicity and huge sound. Power on, pair, press play. Want more? The UE button on the top of the speaker lets you play, pause, skip and double up with two WONDERBOOM speakers for double the fun.

With WONDERBOOM, you can free your music from your phone and enjoy your music the way it is meant to be heard － out loud. Stream and share your music anytime, anywhere, with WONDERBOOM, whether you’re partying by the pool, getting ready for a night out with friends or surviving that muddy, dusty summer festival. If it gets soaked, no worries. If it gets dirty, rinse it off.

“Don’t be fooled by its size or price; this little beauty is also a beast,” said Charlotte Johs, general manager of Ultimate Ears. “WONDERBOOM is a pint-sized, super-portable Bluetooth speaker with surprisingly big sound. And, just like the rest of the Ultimate Ears family, it’s also virtually indestructible.”

Like its award-winning siblings Ultimate Ears BOOM 2 and Ultimate Ears MEGABOOM, WONDERBOOM blasts crisp and clear 360-degree sound with immersive, balanced bass and is drop-proof from up to five feet. WONDERBOOM boasts a 10-hour battery life and 100-foot wireless Bluetooth range. Seriously waterproof and worry-proof, WONDERBOOM is IPX7 rated (so it can be immersed in water up to one meter for up to 30 minutes), floats on its own, and sports a hanging loop on top so it can be easily attached to any bag. Gear on with WONDERBOOM on a bicycle, hook it to a backpack, or cannonball into a cove without thinking twice. Never miss a beat with the new WONDERBOOM. Live for fun, not fussy features.

NEWARK, Calif. — May 21, 2013 — Today Ultimate Ears introduced UE BOOM, a social music player made to help you rage, riot, party and play the music you love, out loud. It’s designed to make the most of digital music’s convenience, while making it less of a solitary experience.

UE BOOM is the first-ever social music player, a wireless speaker that’s packed with a specific set of features that sets a new standard for listening to music. It offers 360-degree sound and features a 15-hour rechargeable battery. Its versatile go-anywhere shape is wrapped in a specially developed acoustic skin that is both water and stain resistant so you can enjoy your music anywhere you go. And it is made for connecting with others. If more friends crash the party, you can wirelessly connect two UE BOOMs together through the free UE BOOM app (available for iOS™ and Android™) to play them in either stereo-to-stereo mode or traditional left/right stereo mode.

“The digital age has changed how we listen to our favorite songs and interact with music,” said Rory Dooley, general manager of Ultimate Ears. “While online music services have made it easier to access your music, it's remained a challenge to have an anytime, anywhere listening experience that can be shared with others. UE BOOM solves that problem. Ultimate Ears strives to amplify the social experience of listening to music, bringing people together around the music they love. UE BOOM is designed to bring music out into the world, and that’s why we’re also supporting this introduction with a campaign to inspire young music fans to make music social.”

In conjunction with the launch of UE BOOM, Ultimate Ears is initiating The Social Music Experiment – a lighthearted examination of the effect music has on people in social environments. As part of this effort throughout the summer, Ultimate Ears is teaming up with YouTube comedy channel JASH and its noted music expert, Reggie Watts, to produce an original series entitled The Social Music Experiment. Reggie will play the role of Ultimate Ears’ first ever “Head of Socio-Musicology” putting his social music theories to the test in a series of hilarious real-world experiments. In each episode Reggie will take a UE BOOM and his crazy hypothesis to the streets to understand the effects that social music has on everyday people in everyday places. The series launches today exclusively on JASH’s comedy network on YouTube (http://jash.com/social-music-experiment/) and will then be syndicated beginning May 28 across a variety of other digital sites including Collegehumor.com and ultimateears.com. Episodes are expected to roll out through the end of June.

After nearly 20 years of working with the most discerning ears in music, Ultimate Ears has set out to help change the way people experience the music they love with its range of critically acclaimed wireless speakers and earphones. That tradition continues with UE BOOM and interactive programs such as The Social Music Experiment.

UE BOOM is expected to be available in the U.S. and Europe in May 2013, and in select countries in Asia in June 2013, for a suggested retail price of $199.99. For more information, and to find a retailer near you, please visit www.ultimateears.com.

Ultimate Ears, the Ultimate Ears logo, and other marks are registered in Switzerland and other countries. All other trademarks are the property of their respective owners. For more information about Ultimate Ears and its products, visit the company&rsq